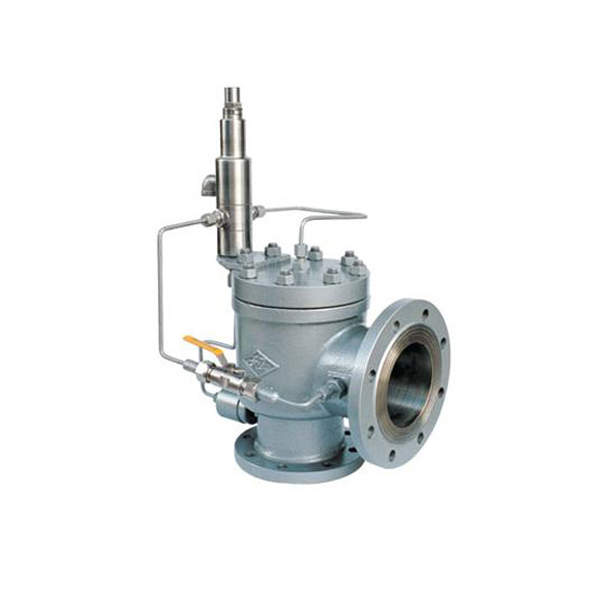 Pilot operated Safety valves (POSV) are used for emergency relief during overpressure events (e.g. a tank gets too hot and the expanding fluid increases the pressure to dangerous levels). The distinction between POSV and conventional safety valve is that pilot valves use system pressure to seal the valve. A conventional safety valve typically uses a spring to hold the disc or piston on seat. The essential parts of a POSV are a pilot valve (or control pilot), a main valve, a pitot tube, the dome, a disc or piston, and a seat. The volume above the piston is called the dome.

The pressure is supplied from the upstream side (the system being protected) to the dome often by a small pitot tube. The downstream side is the pipe or open air where the PORV directs its exhaust. The outlet pipe is typically larger than the inlet. 2”x3”, 3”x4”, 4”x6”, 6”x8”, 8x10” are some common sizes.

The upstream pressure tries to push the piston open but it is opposed by that same pressure because the pressure is routed around to the dome above the piston. The area of the piston exposed to pressure is larger in the dome than it is on the upstream side; the result is a net sealing force. F = PA (Force = Pressure * Area)

Snap Acting: At set pressure the valve snaps to full lift, it can be quite violent on large pipes with significant pressure. The pressure has to drop below the set pressure in order for the piston to reseat (see blowdown in relief valve article).
Modulating: The pilot is designed to open gradually, so that less of the system fluid is lost during each relief event. The piston lifts in proportion to the overpressure. Blowdown is typically short. 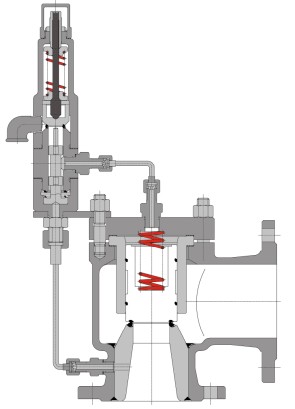 More options for control.
Seals more tightly as the system pressure approaches but does not reach set pressure.
Control pilot can be mounted remotely.
Some designs allow for changes in orifice size within the main valve.