Self Relieving Seats (single piston effect)
The single piston effect is the the standard design for trunnion mounted ball valves. Pressure from both upstream and downstream sides pushes the seat rings against the ball. If the force created by the body cavity pressure is greater than the preloaded spring force plus the force created by the pressure from upstream or downstream side, the seats are pushed away from the ball. Thus, any overpressurein the body cavity is released automatically in the valves' fully open or fully closed position. 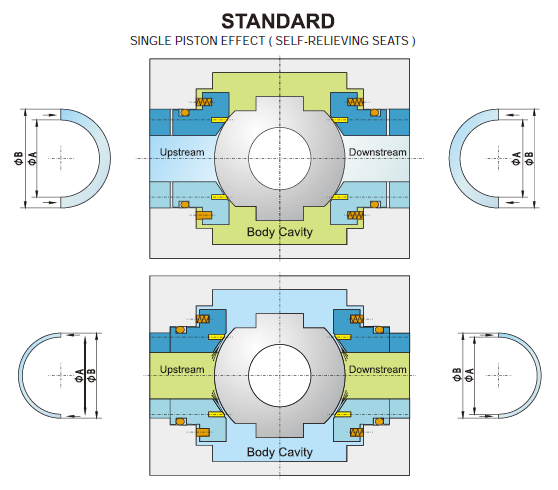 Double Piston Effect Seats (DIB-1)
Double piston effect seats are pressure energized in both directions.So the seat rings are always pushed against the ball by the pressure from upstream/ downstream or from the cavity. If the upstream seat fails, the downstream seat can still ensure a tight seal. some pipe pressure testing. Since double piston effect valves do not have the self relieving function, the automatic cavity-pressure relief valve shall be provided, unless otherwise agreed. 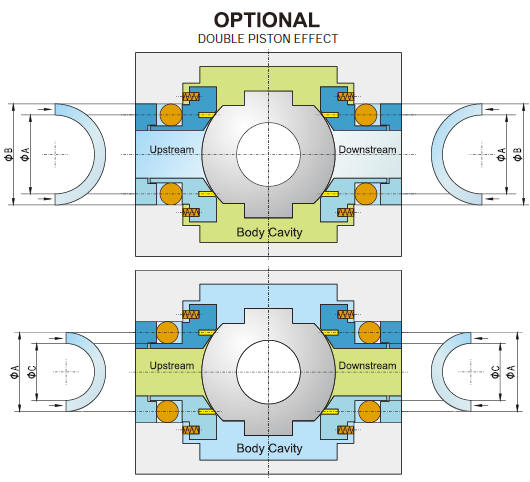 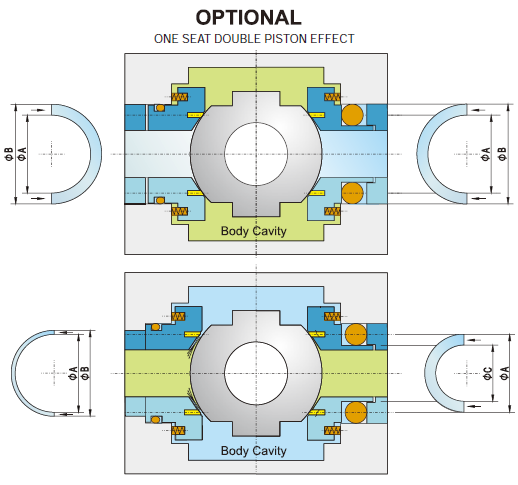